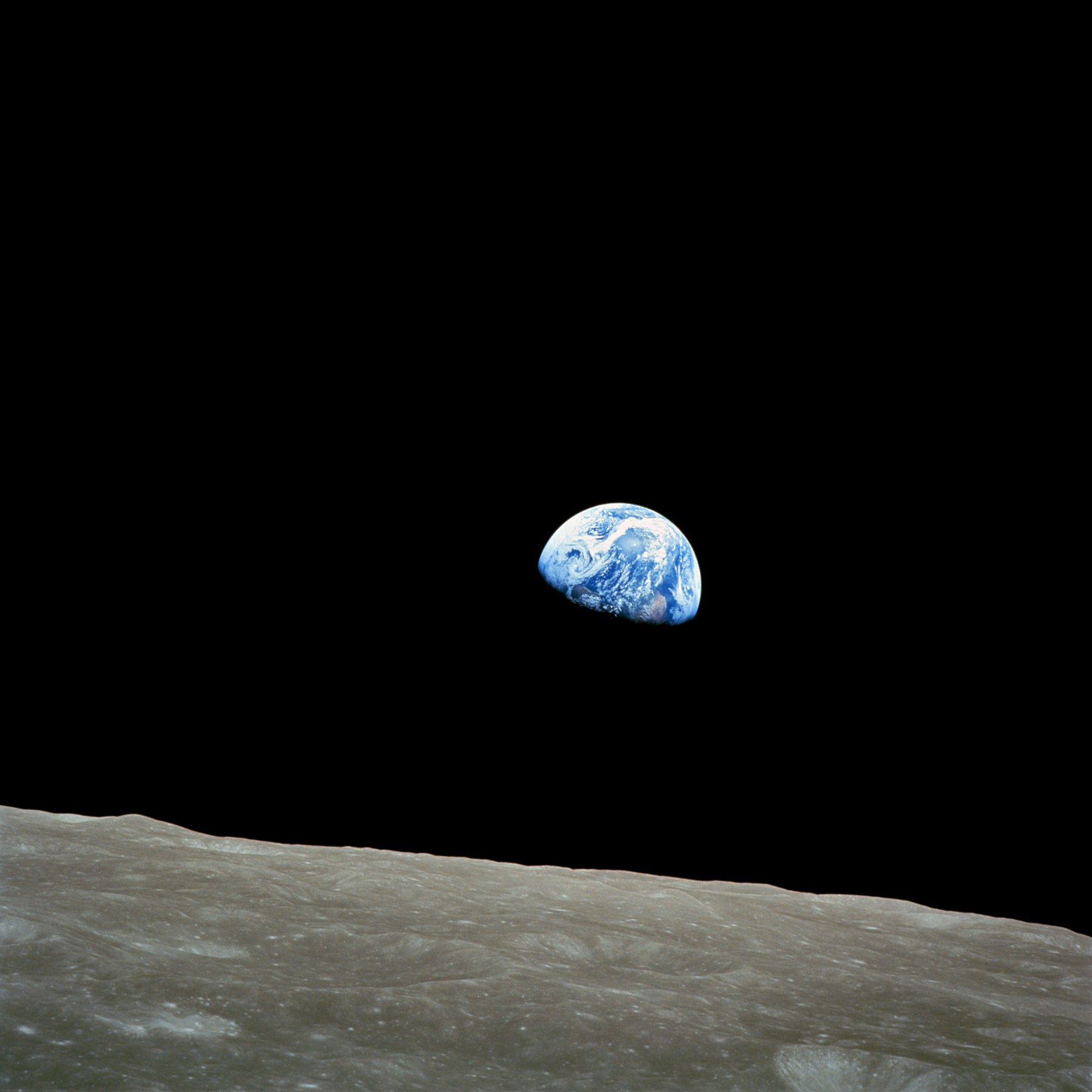 It was 50 years ago on December 24, 1968 that astronauts accomplished not only the first manned orbit around the moon, but took one of the most iconic color photographs in history… Earthrise. That photograph called Earthrise, shows the Earth rising over the horizon of the moon. It was this image that gave mankind our first real glimpse back at our own blue planet (video).

It gave us a new perspective when we saw our home from the moon for the first time. This may have been one of our most defining moments. We suddenly woke up to the fact that we aren’t so big. It unified our nation during a very tumultuous time in our history. This was the year Bobby Kennedy and Dr. Martin Luther King Jr. were assassinated and protests over the Vietnam war reached their pinnacles. Here was a moment in time that visually demonstrates how we all must share this small planet; it is proof that photography makes an impact.

Frank Borman, James Lovell, and William Anders made history on their Apollo 8 mission. This was only the second manned mission in the Apollo space program. It was also the first human spaceflight from the Kennedy Space Center adjacent the Cape Canaveral Air Force Station in Florida.

It took Apollo 8 about three days to travel to the moon in their lunar module. There they orbited the moon 10 times in 24 hours. Their television broadcast on December 24th was the most-watched television program ever at the time. They made their voyage back on December 27, 1968, when their spacecraft splashed down in the Pacific Ocean. They were Time magazine’s “Men of the Year” for 1968.

Below is the transcript from the Apollo 8 journey right as the photograph Earthrise was taken.

Justin is a founder at Most Media as well as our Creative Jedi. His roles include lead techie, developer, designer, photographer and videographer for our company’s clients.